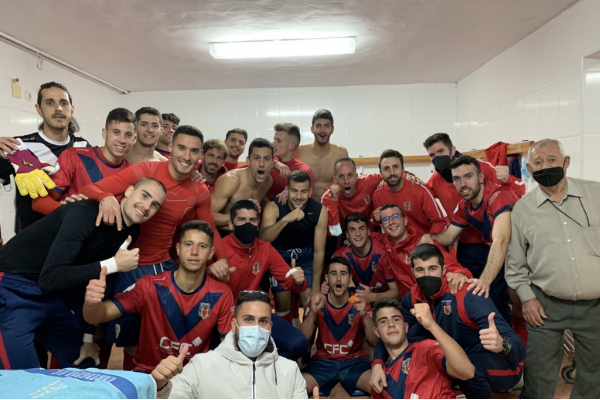 Mazarron’s up and down form continued from mid-January to mid-February. A run of four successive defeats saw the writing on the wall for Manager Sergio. Although the run was ended with a 1-0 home win against FC La Union Atletico, Sergio was sacked and long serving Juan Andreo took the reins for the away game at Mar Menor on 7th February.

Although the game was narrowly lost, 2-1 but Mazarron gave a much-improved performance and had it not been for two dreadful misses by the normally reliable Chiky Ardil, the game would have been won. President Ruben moved quickly to appoint a new Manager, Roberto Carlos better known as “Kenny” who was on the coaching staff of the Mazarron junior teams a few years ago.

Kenny’s first game in charge was against Lorca FC on Valentine’s Day and his enthusiasm was there for all to see. Mazarron had nearly all the play but had again struggled to score despite Chiky Ardil’s fifth minute opener. The game changed in the 79th minute when Mazarron youngster Jose Oliver was introduced as a substitute for his first appearance of the season.

He made an immediate impact scoring with virtually his first touch and then scoring his second and Mazarron’s third goal with a header in injury time. The win moved Mazarron up to the important position of sixth in the group of eleven teams. However, teams below have games in hand on Mazarron so, with five games to go before the mid-season break, there is still all to play for.

Because of the coronavirus pandemic, the League this year is being played in a different format. The 22 teams have been divided into two groups of eleven playing each other at home and away. After the end of these 20 games for each team, the top six teams in each group will combine to play each other on a home and away basis to determine the promotion place(s), a total of 22 games for each team. The bottom five teams in each group will also combine to play each other home and away to determine the relegation places

Although a limited number of spectators were allowed back in for a couple of home games with season ticket holders guaranteed priority and with strict safety protocols in place, the the Covid situation worsened in mid-January and the games then reverted to being played behind closed doors. The situation is reviewed on a weekly basis and as the end of February approached there was some hope that things were improving and that spectators may be soon be allowed back into the games.

When supporters are allowed back in, they will need to register at the entrance to the ground at least 30 minutes prior to kick off time and avoid crowding.

ID should be shown, passport or driving licence, and supporters must leave one seat free either side of them.

Remain seated at all times and refrain from using the toilet facilities unless absolutely necessary. Use the hand sanitisers provided and masks must be worn at all times.

Your temperature will be taken (maximum 37.5C).

No eating or drinking of any kind except for water and no smoking. Keep a safe distance of at least 1.5 metres at all times

With regard to away travel, the current regulations do not allow travel to away grounds. When away travel is again permitted, we will ask Los Amigos members who wish to travel to away games to contact Barbara by email on pamada.1130@yahoo.co.uk on the Thursday before the away game. The names will be passed to the Mazarron FC President who will contact the President of the other club to see if he can organise the necessary tickets. This procedure should guarantee admission and save a wasted journey. Obviously, some grounds with very small capacities may not be able to accommodate visiting supporters but we will keep our members fully informed. If tickets are available travel will be in private cars until coach travel becomes feasible.

Now that remedial works have been completed at the Estadio Municipal. home games are again being played there after an absence of 98 days.

Full details of all games, dates, venue and kick off times are advertised in the local media, on www.mazarronfc.com or our own Los Amigos de Mazarron FC Facebook page, fb.me/mazarron2016. Mazarron Hoy have kindly streamed the games so far this season live on their Facebook page at a cost of 2.99 euros to allow supporters to watch their favourite team in action.

Los Amigos membership renewals (usually 1st August) have been deferred until the end of March 2021. If anybody, who is not a current member, wishes to join before this date their membership will expire on 31st March 2022 which will now be the same for everybody. Membership is 20 euros and includes discounts on all Los Amigos activities for the member and a partner. Our Thursday weekly meetings at the Golf Club, Camposol (4 pm) have had to be suspended due to the local restrictions but will be resumed as soon as it is possible. A new date for the postponed AGM will be announced soon.

Because of the current situation in both the UK and Spain, the Golf Day at Camposol Club de Golf and the Gala Dinner at the Hotel la Cumbre which were scheduled to be taking place on Monday 12th and Tuesday 13th April respectively have been postponed. It is hoped to re-arrange these events later in the year and tickets will be re-issued to those who have already purchased them. Anyone wishing to have a refund can do so when the current regulations allow by emailing salterkb@hotmail.com. 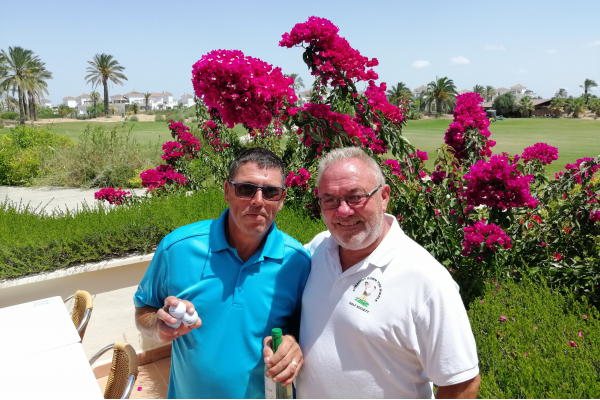 Straight Down The Middle – Golf Society

Straight Down The Middle – Golf Society are back in play, at long last. Catch up with what's been happening. 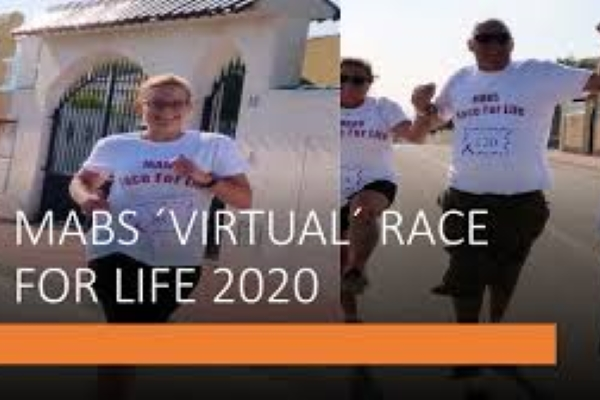 We are inviting you to take part in the : MABS “Virtual“ Race for Life