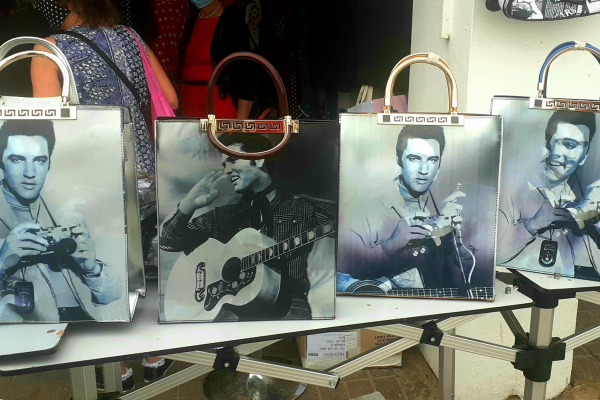 If you Google Elvis Presley and November, you’ll discover a plethora of titbits as The King seemed to particularly love this month for touring and movie releases. ‘Love me Tender’ also hit the charts during this eleventh month of the year, and of course, with Remembrance Sunday coming up, his two-year army career also deserves a salute. I’ve never been a keen fan, but there’s nothing to dislike either, with toe-tapping music and fun films in glorious technicolour.

Most of us in the area know of Nigel Burchill, he of the Pelvis impersonation fame. W'e'd been chatting outside a Camposol bar shortly before returning to Wales, and discovered the Porthcawl Elvis Festival was back on for 2021. What’s more, it was just about half an hour from ‘home’ and Nigel would be strutting his stuff.

No excuse really. So on a boring autumnal Sunday afternoon, we high-tailed it up the M4 and were all shook up by a seafront parking ticket machine which no amount of shake, rattle, and rolling would dispense a ticket.

We finally made our way to the festival; the seafront bars along Coney Beach. Not THE famous Coney Island resort, just the Welsh one. The one with the donkey rides. The one where my grandfather lost his false teeth on the water chute when he opened his mouth to scream. They were never found.

There unfolded every ‘King’ trinket known to mankind, from clothing to hula dancing mini plastic figures. Plus endless human Elvises and their female sidekicks, either wandering along or inside the bars singing. There was even a ten-year-old birthday boy crooning on stage, in a gold lame jacket, strutting his stuff with a few spectacular shaking moves of his own, and of course, the crowd sang Happy Birthday to him at the end. There were large Elvises, GI Elvises, Rock ‘n roll Elvises, and Gospel Elvises. We were wandering amongst sunglass-wearing Elvises and sparkly Elvises. We were embalmed by Elvises.

We found Nigel on stage in The Beachcomber; just time for a quick catch-up before he was back on his microphone, before heading back to Spain the following morning.

It had been a fun first visit.

We hadn’t dressed up as it was a last-minute decision, but it would have been easy to drag out a flowery shirt and a couple of Hawaiian Lei from the back of the wardrobe, which many had done with great effect. We’d sang, danced, laughed, cheered, and clapped, and I’d been taken back to my childhood on the sand-dunes of our one-time family caravan pitch above the beach.

Then it was fish and chips near the Grand Pavillion in the town.

Alongside us was a group headed there for a four o’clock show.

‘The tickets sell out six months ahead’’ we were told.

‘Get in early, the shows are amazing!’

All the performers we’d seen on-site were free at the seafront bars participating. 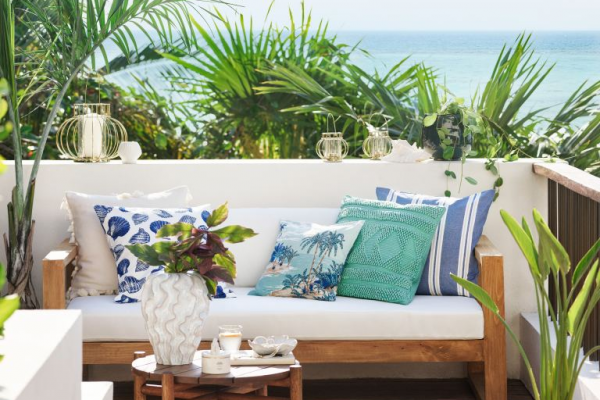 By using simple colours and tones we can create a peaceful space away from the world. Create a space for mindful mediation or reading or just sitting still and reconnecting with the earth in your personal sanctuary. 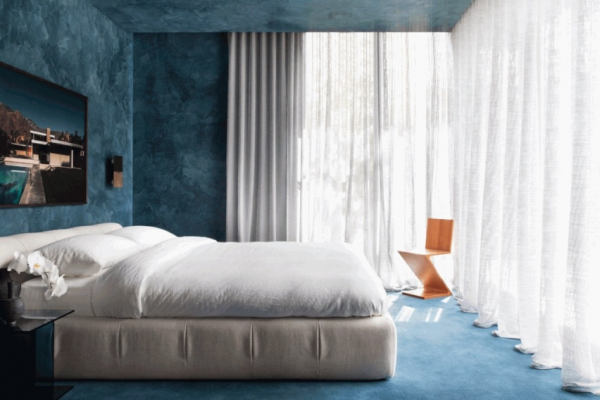 Masters of colour, Dulux, have announced the finalists for their 2020 colour awards. Judged by an esteemed panel of design-industry professionals, they have dissected a selection of the best residential interior projects to identify some key paint colour trends.