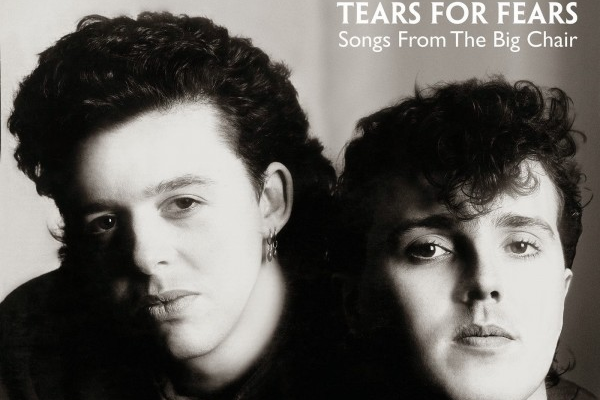 Tears for fears are a band comprising of Roland Ozibal and Curt Smith among others. The band had huge success in the 80s and 90´s bringing out several iconic singles and albums that still seem relevant today.

Roland Orzabal and Curt Smith both hail from Bath, in south-western England. They began playing music together when they were two unhappy thirteen-year-olds from broken homes.

Roland Orzabal and John Baker had been at school together and performed as the Baker Brothers in local pubs and clubs from 1977 aged 16. They soon changed the band name to Graduate . The name came from the fact that they used to open shows with a cover of Simon and Garfunkel's Mrs. Robinson, which was featured in the movie The Graduate. They were introduced to drummer Andy Marsden and Steve Buck by their first manager Colin Wyatt who ran a local musical youth group of which Andy was a member. The band played with various bass players until Curt was offered the role (Roland and Curt had, as mentioned, played together in a youth club band called Duckz when they were 14). In 1979, Graduate signed a publishing deal with Tony Hatch who subsequently offered the group to Pye Records. Graduate recorded their debut album Acting My Age at Crescent Studios Bath in January 1980. The first single Elvis Should Play Ska reached number 82 in the UK charts in April 1980 (whilst the band were on a 33-date UK tour supporting Judie Tzuke), although it fared better in Spain, reaching the Top 10. band then travelled to Spain twice in 1980 to do TV and promotion work.

The band Graduate undertook a gruelling tour of Germany in October/November 1980, having to drive hundreds of miles between gigs with no roadies: this was the main reason given from Orzabal for quitting on their return. At this time he did not see his future as a live artist and wanted to concentrate on writing. Curt Smith also left the band at the same time.

Orzabal and Smith having broken away from the band in the early 1980s, wanted to focus on their own sound, and explore a mutual interest in the theories of psychotherapist Arthur Janov and his concept of the primal scream. J anov’s theories say that emotional disorders stem from painful early recognition of parental abandonment, and that direct confrontation like rage - the primal scream is essential for adult mental health. Like John Lennon in his album, Plastic Ono Band, Orzabal and Smith found musical inspiration in Janov’s theories, which also provided the basis for the band name, Tears for Fears.

Joined by keyboardist and composer Ian Stanley, Tears for Fears began writing songs and experimenting with synthesizers, releasing a demo of Pale Shelter which landed the group a recording contract. The group began working in London recording studios, and in 1983 their first album, The Hurting was released. For this album (and the next), Ian Stanley and drummer Manny Elias were considered full band members, though Smith and Orzabal were still essentially the front-men and public faces of the band. Despite mixed reviews, The Hurting enjoyed respectable sales, was popular in dance clubs, and spawned three top-five singles in England. A number of reviewers complained that the album, with singles such as Mad World, Suffer the Children, and Pale Shelter, was too depressing; while others described Hurting as “an artful compromise between pure electronics blended with slick synthesisers and hypnotic guitar effects.” Either way, the band, were on their way.

A follow-up Tears for Fears single, The Way You Are was unsuccessful, and in 1984 producer Chris Hughes suggested the group leave recording studios and retreat to Stanley’s home to work.

The suggestion proved valuable as over the course of the year Tears for Fears wrote the songs that would constitute their next and hugely successful album.

Songs From the Big Chair was released in 1985. This album achieved a more commercial sound, the album ; bolstered by the hit singles Everybody Wants to Rule the World (number 2 in UK and Number 1 in US and Shout (number 4 UK and number 1 US) became one of the biggest sellers in both the United States and England. S uddenly Orzabal and Smith found themselves internationally famous music stars. A world successful world tour followed which lasted a year and included a live performance of Shout at the MTV music awards at Radio City Music Hall in New York City. uring this tour, they discovered singer Oleta Adams who they heard singing in a hotel bar in Kansas city. Adams was duly invited to collaborate on the next album.

In February 1986, having completed the lengthy and exhausting Big Chair world tour, Tears for Fears were honoured at the 1986 Brit Awards in London, where they won the Best British Single award for Everybody Wants to Rule the World. The band was also nominated for Best British Group and Best British Album, and Chris Hughes was nominated for Best Producer. The band performed the song at the ceremony, which became the final public performance of drummer Manny Elias who left the group shortly afterwards.

In July 1985 the band were scheduled to appear at the Live Aid concert but the band had to pull out. The official reason given for their non-appearance was that two of their backing musicians, guitarist Andrew Saunders and saxophonist Will Gregory, had quit due to the expiration of their contract. The band made contributions to the cause and donated the proceeds to their next leg of the tour in Japan, Australia and London.

It was 1989 before the group released their third album The Seeds of Love (on which Ian Stanley appeared for the last time as a member of Tears for Fears). The album had reported production costs over a million pounds with problems with various production teams, the band decided to take care of production themselves with the help of brilliant engineer David Bascombe and the album was recorded as a jamming session and edited down after.

Despite the problems, the album retained the band's epic sound while showing increasing influences ranging fromjazz and blues to the Beatles, the latter being evident on the first single Sowing the Seeds of Love. The second single from the album was Woman in Chains (a top 40 hit in the UK, Canada, France, Ireland, Italy, Netherlands, Sweden and the US), on which Phil Collins played drums and Oleta Adams (whom Orzabal would later guide to a successful solo career) shared vocals.

Seeds of love was a huge success both critically and commercially worldwide; entering the UK album charts at number 1 and reaching at least number 10 in the US and many other countries. An extensive world tour ensued sponsored by Philips and again it turned out to be a huge success.

After The Seeds of Love, Orzabal and Smith had a bitter fall out and the band split in 1991. The split was blamed on Orzabal's intricate but frustrating approach to production and Smith's desire to slow down the pace of their work. Smith had also split with his wife which was a contributing factor.

In early 1999 Mercury Records released remastered editions of Tears for Fears' first three albums, including B-sides, remixes, and extended versions. With input from Chris Hughes, the remasters also included new liner notes for each album providing details and new insights into the music.

Due to record company mergers and acquisitions in the late 1990s, Tears for Fears' back catalogue was eventually placed into the Universal Music fold.

In 2000, routine paperwork obligations led the duo re-establishing contact with each other after Orzabal signed a business document on Smith's behalf. Smith flew back to England (where Orzabal still lived) and they had dinner and decided to work on a new album together. Everybody Loves a Happy Ending, was scheduled for release on Arista Records in late 2003, but a change in management at Arista prompted the band to opt out of their contract and switch to the New Door label (a new offshoot of Universal Music), and delayed the release until September 2004. Two US tours followed, and the 2004 tour included an unrehearsed guest appearance by Oleta Adams at the Kansas City show for a performance of "Woman in Chains¨.

The album was released in early 2005 and was a mediocre success reaching 46 in the US and 45 in the UK album charts with the single closest thing to heaven reaching number 40 in the UK.

Tears for Fears are still busy to this day touring (including tour dates with the re-formed Spandau Ballet, Alison Moyet and Hall & Oates) appearing at several festivals and undertaking live tv appearances along with several anthology releases celebrating their work.

A band that reached iconic status in the 80´s and 90´s bringing some of the greatest music of a generation, Ladies and gentlemen I give you Tears for Fears. 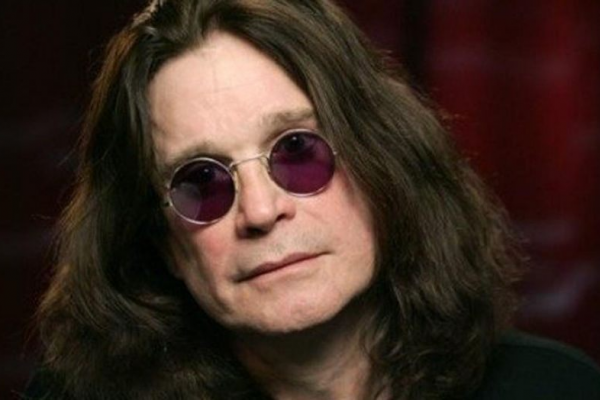 The second part to the life story and achievements of the legendary Ozzy Osbourne. 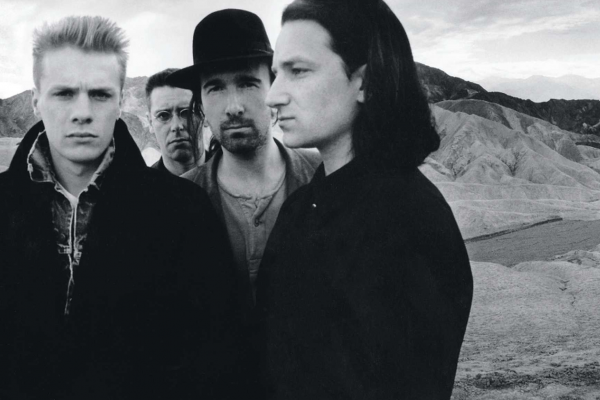 A band we all know with a few snippets you may not know....